What is a Backflow preventer 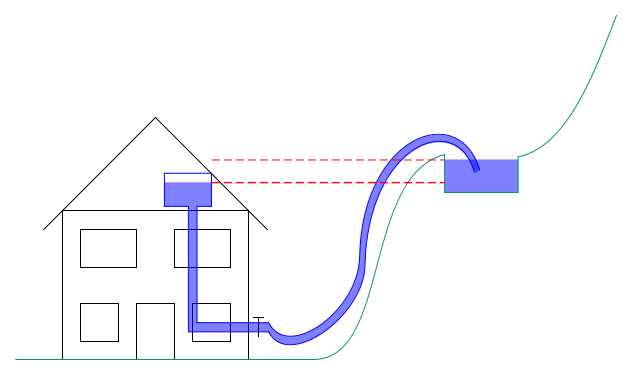 A backflow prevention device is used to protect potable water supplies from contamination or pollution due to backflow.

In water supply systems, water is normally maintained at a significant pressure to enable water to flow from the tap, shower etc. When pressure fails or is reduced, as may happen if a water main bursts, pipes freeze or there is unexpectedly high demand on the water system, then such reduced pressure in the pipe may allow contaminated water from the ground, from storage or from other sources to be drawn up into the system.

The simplest, and a very effective way to provide backflow prevention, is to provide an air gap. An air gap is simply an open space between any device that connects to a plumbing system (like a valve or faucet) and any place where water can collect or pool.

Alternatively, a specialized backflow preventer valve may be installed at strategic locations in the plumbing system wherever there is a risk of contaminated fluids entering the water supply pipes. 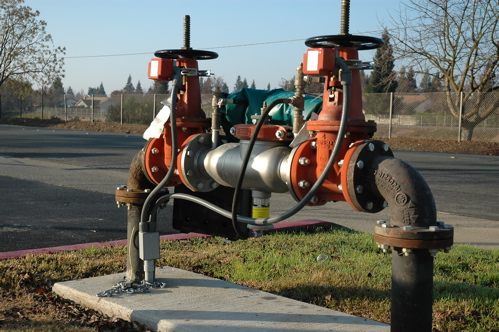 Backflow means the undesirable reversal of flow of a liquid, gas or solid into the potable water supply - A backflow preventer keeps this from happening.

Back-siphonage occurs when higher pressure fluids, gases, or suspended solids move to an area of lower pressure fluids. For example, using a straw to drink a beverage; the suction of drink will make the pressure of fluid inside the straw lower, thus, liquid will move from the cup to inside the straw and then up to your mouth. This is an example of an indirect cross-connection - undesirable material is being pulled into the system.

If instead, air is blown through the straw and bubbles begin to erupt at the submerged end, this is an example of back-pressure. If instead of air, natural gas had been forced into a potable water tank, it in turn could be carried to your kitchen faucet. This is an example of a direct cross-connection - undesirable material is being pushed into the system.

Back pressure can force an undesirable contaminant to enter potable water piping. Sources of back pressure may be pumps in the water distribution system, boilers, heat exchanging equipment, or power washing equipment. In these cases there may be an almost constant risk of overcoming the static water pressure in the piping. To reduce the risk of contamination, a backflow preventer can be fitted. A backflow preventer is also important when potentially toxic chemicals are used, for instance for commercial/industrial descaling (boilers) or when bleaches are used for residential power washing.